IMAGES: The Flash Season 1 Episode 11 “The Sound and the Fury”

Flash fans, we’ve got 24 new images to share from Jan. 27th’s “The Sound and the Fury” episode.

Find our gallery following the official log lines for the episode below.

Now able to manipulate sound waves, the brilliant Rathaway is a dangerous threat to both Wells and The Flash (Grant Gustin).

Meanwhile, Iris (Candice Patton) is thrilled when she’s hired by the Central City Picture News as their newest cub reporter.

Unfortunately, her editor (guest star Tom Butler) pairs her with a veteran reporter, Mason Bridge (guest star Roger Howarth), who wants nothing to do with her.

Cisco (Carlos Valdes) recalls his first day on the job at S.T.A.R. Labs when he met Hartley and Caitlin (Danielle Panabaker). Joe (Jesse L. Martin) asks Eddie (Rick Cosnett) for a favor but asks him to keep it a secret from Barry.

"The Sound and the Fury" 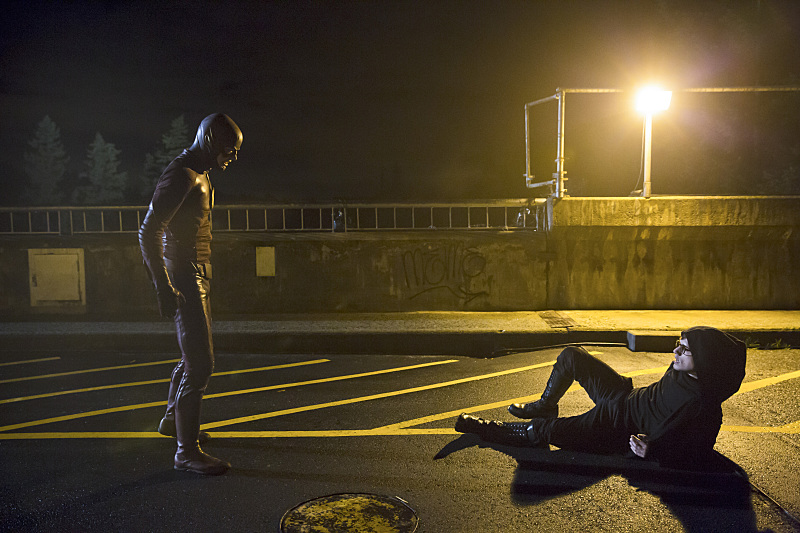 The Flash -- "The Sound and the Fury" Pictured (L-R): Grant Gustin as The Flash and Andrew Mientus as Hartley Rathaway/Pied Piper -- Photo: Katie Yu/The CW -- ÃÂ© 2015 The CW Network, LLC. All rights reserved.