Oh dear! It looks like Ems and Nolan are having the most awkward dinner ever in these first look images from Revenge’s upcoming “Madness” episode.

Airing Jan. 11, the new installment is set to see Emily (Emily VanCamp) offering an assist as Nolan (Gabriel Mann) embarks on a personal takedown of his own.

Could it all have something to do with Louise’s (new series regular Elena Satine) politician brother, Lyman Ellis (guest star Sebastian Pigott) who is in attendance in the images below?

It certainly looks like a would-be peaceful scene has been interrupted by a dramatic outburst from our new favorite redhead.

Was it something Lyman said, or has Louise’s mother decided to drop by for another ‘visit?’

Meanwhile, we hear David will finally decide to “settle his debt” to Victoria. Um, is this another way of telling us we’re overdue another Grayson funeral? 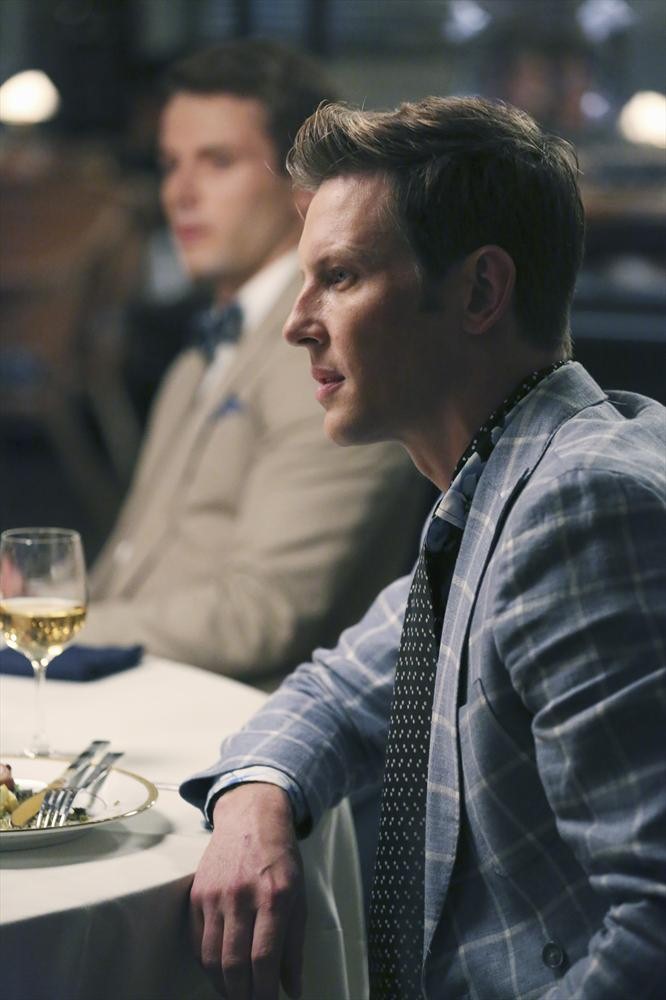 REVENGE - "Madness" - David finally decides to settle his debt to Victoria while Emily helps Nolan with a takedown of his own, on ABC's "Revenge," SUNDAY, JANUARY 11 (10:01-11:00 p.m., ET), on the ABC Television Network. (ABC/Danny Feld)SEBASTIAN PIGOTT, GABRIEL MANN