Person of Interest returns tomorrow on CBS with the third and final instalment in its Samaritan trilogy – but don’t expect to see an end to the malevolent machine any time soon.

Reeling from the events of last week’s “If-Then-Else” which saw Team Machine losing a valued member in the form of Shaw (is she dead? Isn’t she dead?), the episode picks up a different but familiar thread as we tune into Control’s (Camryn Manheim) day to day existence as an unwitting pawn of  Samaritan as continues to handle ‘relevant’ numbers for the government.

We’ve seen this episode a little earlier than most, thanks to our friends at CBS, and can share the following tidbits (plus a gallery, in case you missed it) on what to expect:

1. Look out for a clever alteration to the opening credit sequence. “You are being watched!”

2. Expect Reese, Root and Finch to be ruthless in their determination to uncover Shaw’s current location.

3. One of the gang is convinced Shaw is dead, but is reluctant to tell the others.

4. Expect to see a ‘what goes around comes around’ torture scene. (You can probably guess this one by looking at the images below.)

5. It’s just another day at the office for Control who kicks off her morning by eliminating a terrorist threat on American soil. But are these men as guilty as they appear? The truth is hard to come by, and Control will surprise you.

6. The creepy kid voicing Samaritan is back, and he wants a word with POTUS!

7. Reese with a rocket launcher. That is all.

8. … and one more for good luck. The team will stumble across an unlikely ally. … and now that really is all. 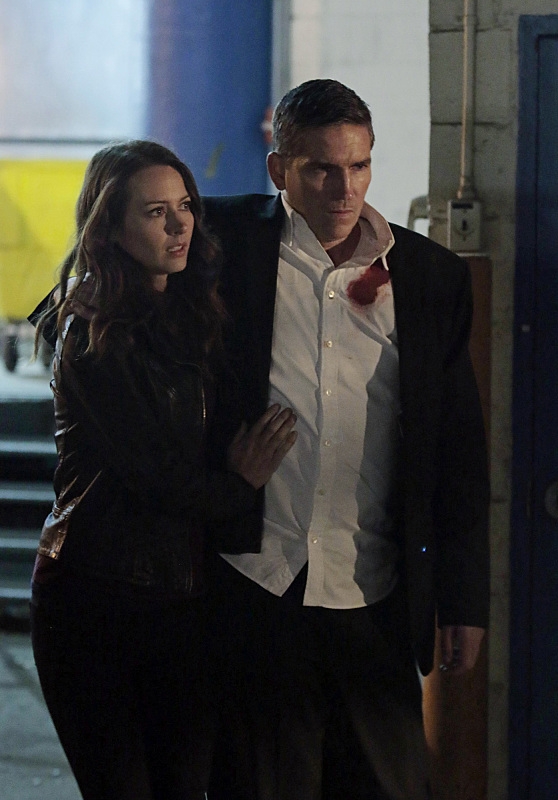