Reese and Root continue their hunt for Shaw in upstate New York in Person of Interest’s Feb. 3 episode “M.I.A.”

However, it soon becomes apparent that things are not quite as idyllic as they seem.

Meanwhile, shorthanded, Fusco teams with a former POI to tackle the newest number.

“M.I.A” was written by Lucas O’Connor and directed by Kevin Bray. 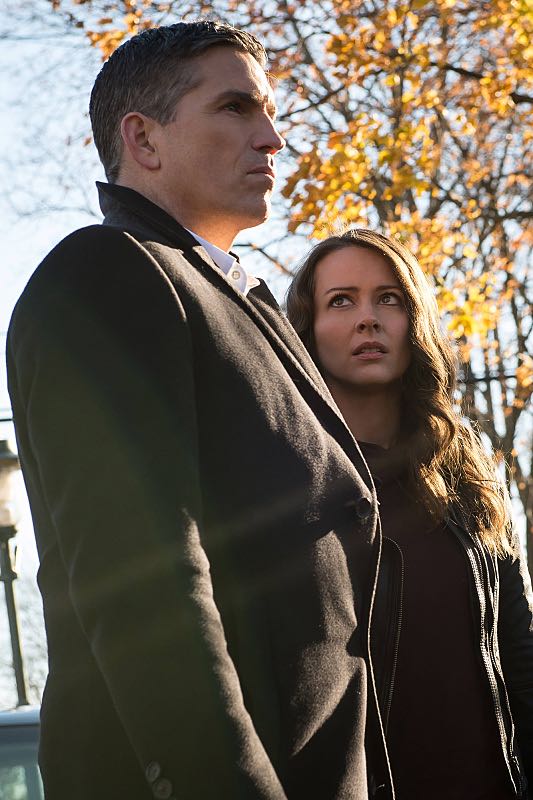 "M.I.A." -- Reese (Jim Caviezel, left) and Root's (Amy Acker, right) hunt for Shaw takes them to a small town in upstate New York where it becomes apparent that not everything is as idyllic as it seems, on PERSON OF INTEREST, Tuesday, Feb. 3 (10:01-11:00 PM, ET/PT) on the CBS Television Network. Photo: Jeff Neuman/Warner Bros. Entertainment Inc. ÃÂ© 2014 WBEI. All rights reserved.