BONES Season 11 Episode 4 Images: “The Carpals in the Coy-Wolves”

In “The Carpals in the Coy-Wolves” Brennan enlists the help of fellow brilliant forensic anthropologist Dr. Beth Mayer (guest star Betty White) to assist in the investigation of the remains of a real estate agent discovered in a forest which appear to have been destroyed by coyote-wolf hybrids.

In addition to her professional achievements, FOX teases that Mayer is surprisingly knowledgeable about the world of fantasy football, a key link to the victim’s past and one that could provide vital information in finding his killer.

As Booth and Aubrey dig into the victim’s fantasy football league history, they discover he was actively involved in a Twitter feud with NFL star Lou Divers (guest star Ronde Barber), and was also owed a large sum of money from the league’s commissioner, making each of them suspects.
Meanwhile, Brennan resists feeling competitive as Mayer impresses the team with her expertise and decades of accomplishments.

The episode airs Thursday, Oct. 22 (8:00-9:00 PM ET/PT) on FOX, but if you can’t wait that long check out these just-released images from the episode below.

BONES: "The Carpals in the Coy-Wolves" 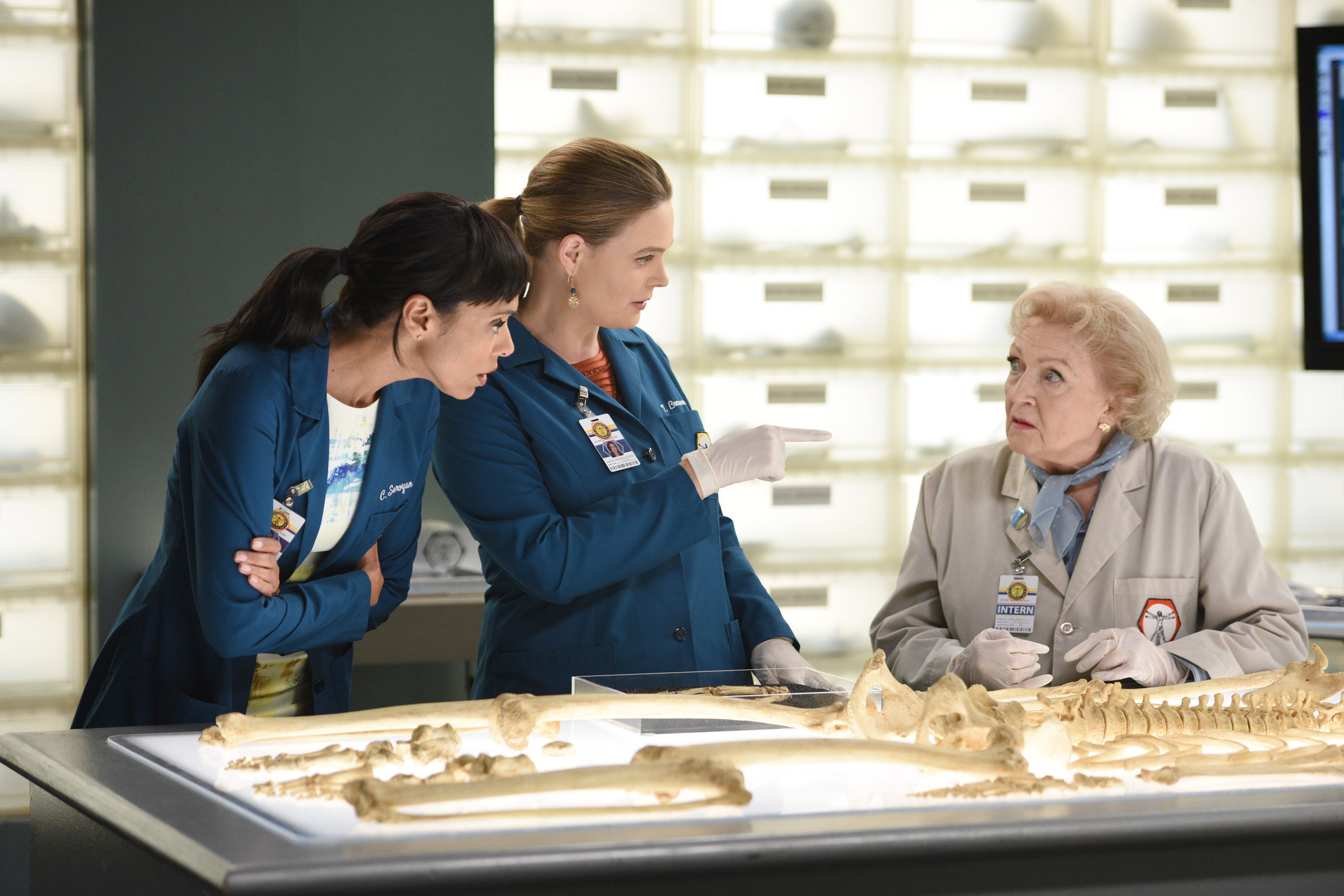 ONCE UPON A TIME Season 5 Episode 4 Images: "The Broken Kingdom"