Arrow fans, we’ve got some first look images to share from the show’s Jan. 28 episode.

Catch our gallery following the official log lines for “Midnight City” below.

SUIT UP — Arsenal (Colton Haynes) and Diggle (David Ramsey) confront Laurel (Katie Cassidy) about trying to step into her sister’s shoes and warn her to stop before she gets herself killed.

However, when Brick (guest star Vinnie Jones) kidnaps the city’s Aldermen and threatens to kill them all unless the police evacuate The Glades, it’s all suits on deck.

Malcom (John Barrowman) tells Thea (Willa Holland) that Ra’s al Ghul (Matt Nable) is after him and his family and they must leave town immediately. 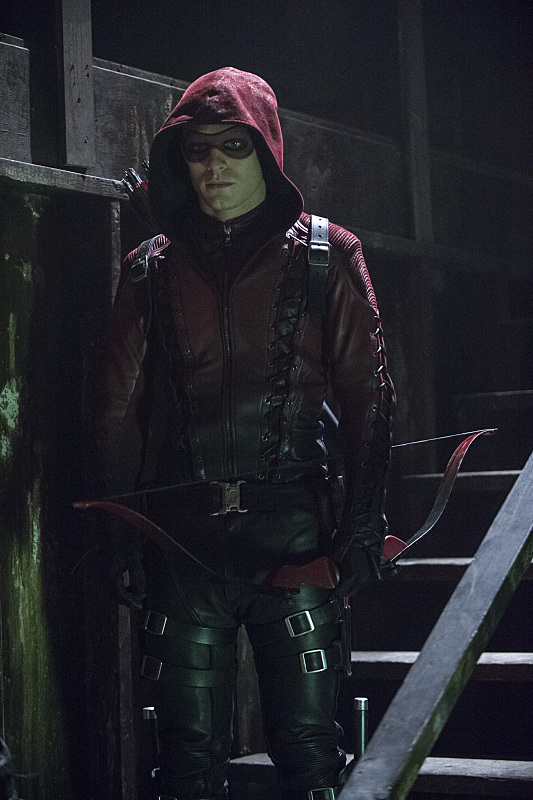 IMAGES: Forever Season 1 Episode 14 Hitler on the Half Shell"