Chicago PD fans, we’ve got a collection of first look images from the show’s Jan. 7 episode to share.

Find our gallery following the official synopsis for “Shouldn’t Have Been Alone” below:

A ROUTINE CHECK ON A POTENTIAL TERRORIST THREAT PUTS BURGESS IN THE HOSPITAL AND INTELLIGENCE ON THE CASE OF A WELL-PLANNED SERIES OF RELATED CRIMES.

With Burgess (Marina Squerciati) in the hospital after suffering gunshot wounds, the intelligence team is determined to find the people responsible.

Lindsay (Sophia Bush) delays her start so she can help with this case.

Search of the house provides a lead and when a bomb is triggered a key suspect is found.

Meanwhile the team takes turns watching over Burgess. Voight (Jason Beghe) informs Burgess of a new opportunity that this affords her.

Chicago PD "Shouldn't Have Been Alone" 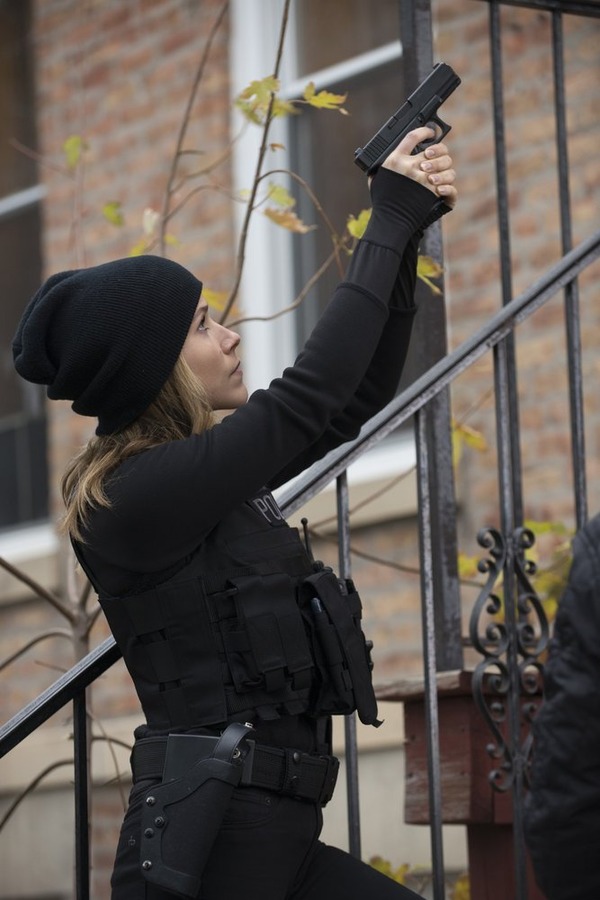