IMAGES: Elementary Season 3 Episode 15 “When Your Number’s Up”

Why is a serial murderer leaving envelopes of cash on his victims?

Holmes and Watson investigate in Elementary’s “When Your Number’s Up.”

We’ve got some images from the Feb. 19 episode to share below. Find our gallery following these official log lines for the episode, via CBS.

“When Your Number’s Up” – Holmes and Watson follow a blood trail into the world of wrongful death compensation when they investigate a series of murders in which the killer leaves envelopes of cash on the victims.

Also, Holmes makes a generous gesture towards Watson as she suffers through the aftermath of a personal crisis, on Elementary, Thursday, Feb. 19 (10:00-11:00 PM, ET/PT), on the CBS Television Network. 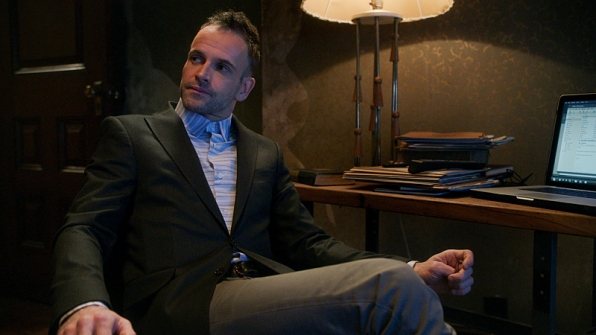