Equipped with their new information about Mona, the Liars decide they need to speak to Alison in Pretty Little Liars Feb. 24 episode, “Bloody Hell.”

But once the truth is out there, Aria quickly learns that Mike’s involvement with Mona and this new revelation could have serious repercussions for her family.

Determined to keep Mike safe and get Ali out of jail, the Liars intensify their search for information on “A.”

Meanwhile, Spencer heads to London for an important college interview, and Alison looks to someone surprising for help with her murder trial.

Courtesy of ABC Family, we’ve got a collection of first look images from “Bloody Hell” to share below. 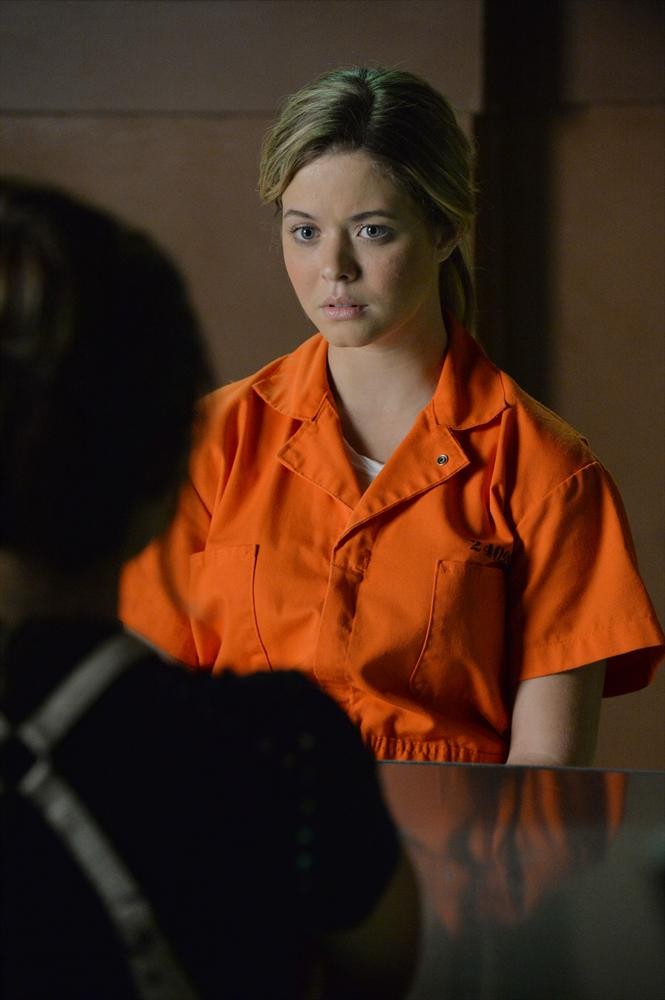