Emily Thorne seems to be moving on with her life in these first look images from Revenge’s post-hiatus episode “Bait.”

But don’t worry Revengers, it won’t be all sunshine, smiles and leisurely jogging on the beach with new beau Ben for very much longer.

The Network teases that the March 8 episode will see Margaux using her ammunition against both Emily and Jack, causing their friendship to take a dramatic turn.

Meanwhile, Natalie shows Victoria the true reason behind her arrival in the Hamptons. 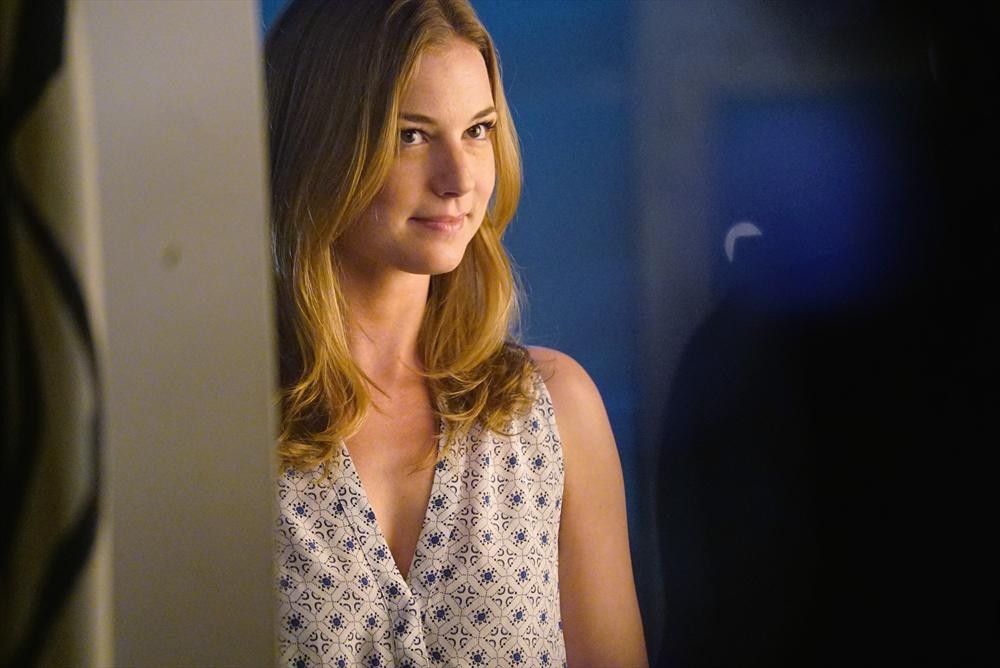 REVENGE - "Bait" - When Margaux uses her ammunition against both Emily and Jack, their friendship takes a dramatic turn. Meanwhile, Natalie shows Victoria the true reason behind her arrival in the Hamptons, on ABC's "Revenge," SUNDAY, MARCH 8 (10:01-11:00 p.m., ET), on the ABC Television Network. (ABC/Richard Cartwright) EMILY VANCAMP