IMAGES: Bones Season 10 Episode 12 “The Teacher in the Books”

Bones fans, we’ve got a new collection of images from the show’s April 2 episode to share below.

Catch our gallery following these official log lines for “The Teacher in the Books” below.

THE JEFFERSONIAN TEAM INVESTIGATES THE DEATH OF A SCHOOL TEACHER ON AN ALL-NEW “BONES” THURSDAY, APRIL 2, ON FOX

When an affluent school teacher is found dead in an abandoned bookstore, the teachers and students at her school become suspects in the case.

Meanwhile, Brennan’s publisher encourages her to join Twitter to help grow her fan base, and “squintern” Jessica Warren (guest star Laura Spencer) teaches Brennan some tricks to master the Twitter-verse, skills Brennan enthusiastically puts to use in the all-new “The Teacher in the Books” episode of BONES airing Thursday, April 2 (8:00-9:00 PM ET/PT) on FOX.

BONES: "The Teacher in the Books" 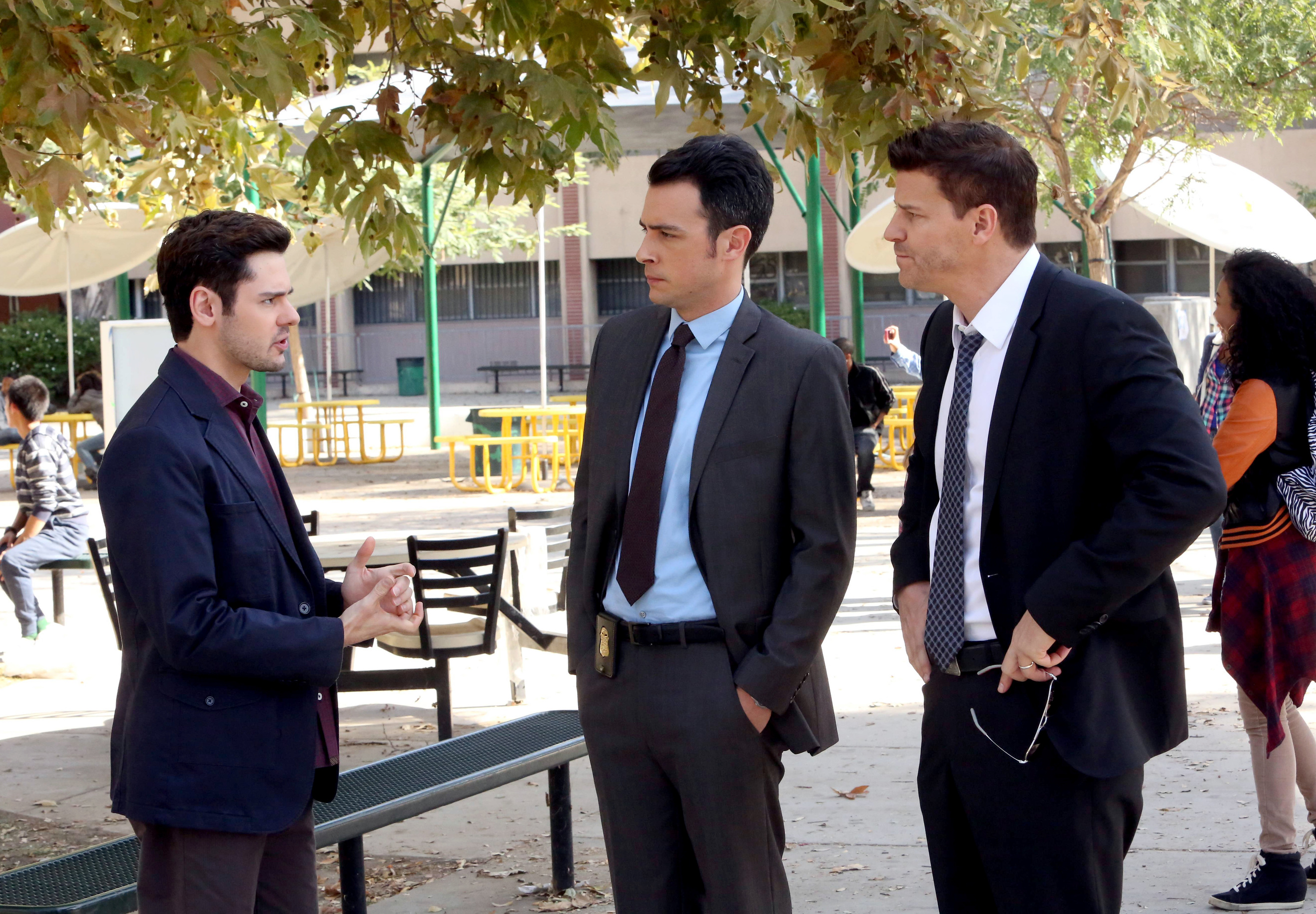 Bones Season 10 Episode 13 "The Baker in the Bits" Synopsis