From HBO, we’ve got some first look images and scoop to share on Game of Thrones April 26 episode.

In “High Sparrow” newly crowned Margery enjoys not only her new husband, but rubbing her lofty status as queen in Cersei Lannister’s face too.

While grappling with her ‘dowager queen’ status, Cersei meets High Sparrow, a simple man with a powerful message.

Meanwhile, Sansa Stark finally understands Littlefinger’s plans for her future, and Arya discovers that shedding her identity in order to become  ‘anyone’ is a lot harder than she thought.

And in Volantis, Tyrion disregards Varys’ warning to keep a low profile.

Game of Thrones’ “High Sparrow” was written by David Benioff & D. B. Weiss and directed by Mark Mylod.

It airs Sunday April 26 on HBO. 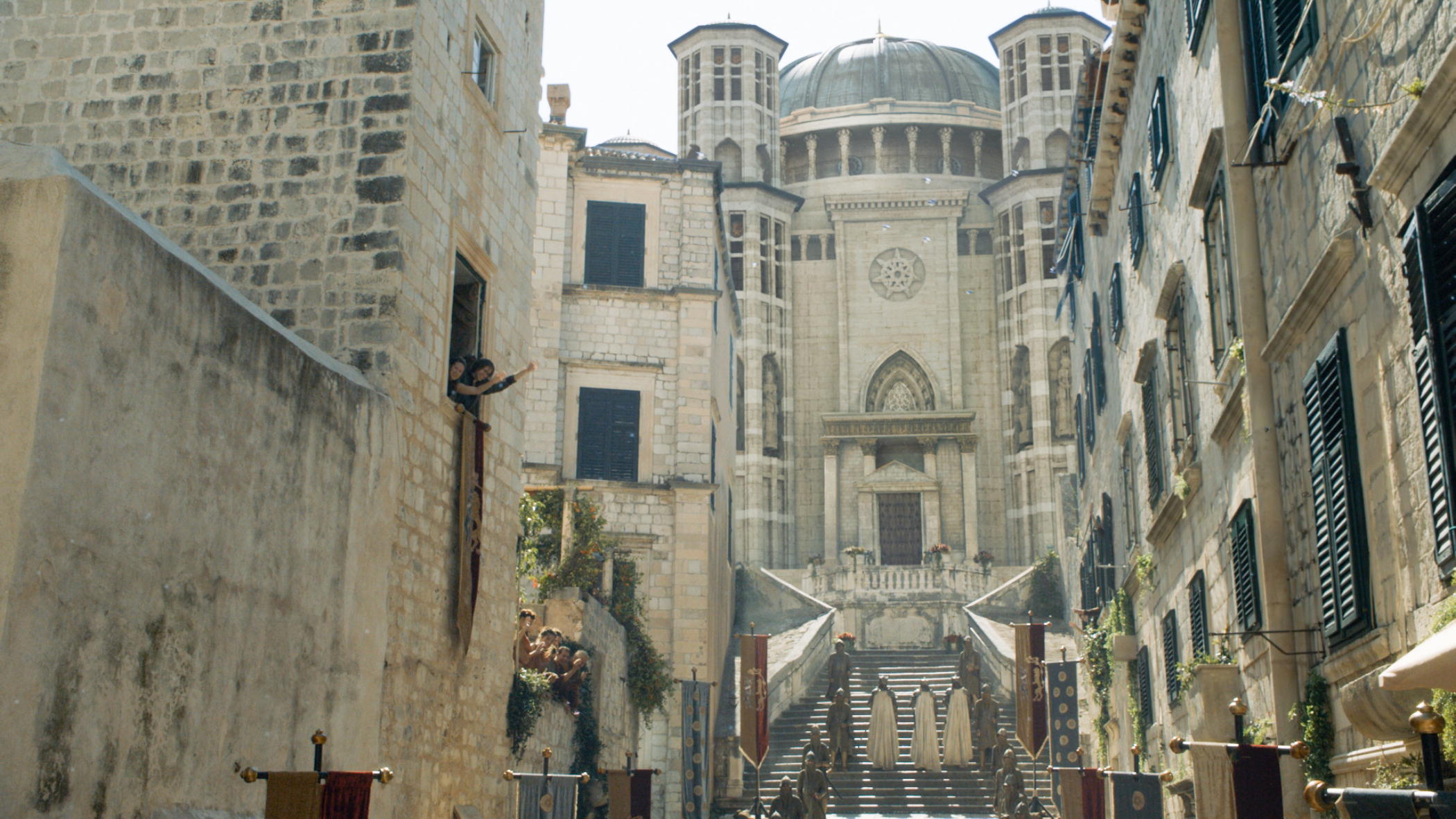 3 Sneak Peeks From Game of Thrones Episode 2.02 ‘The Nightlands’

First Look Images from Game of Thrones “First Of His Name”