USA Network’s Graceland continues to bring the action in July 9th’s “Sense Memory,” an episode picking up after the events of July 2nd’s “Chester Cheeto” in which Briggs attempts to keep control of Armenian Mafioso Ari Adamian, and Charlie struggles with the decision to terminate her pregnancy.

Now, in this third episode of the new season, we will find Briggs, at wits end, making a call to a former FBI agent friend whom he will attempt to lure out of retirement in order to help him take down Ari once and for all.

Meanwhile, Mike’s visions and addiction to pain medications will start to affect his ability to function in the field.

We’ve got a collection of images to share from the episode in our gallery below. 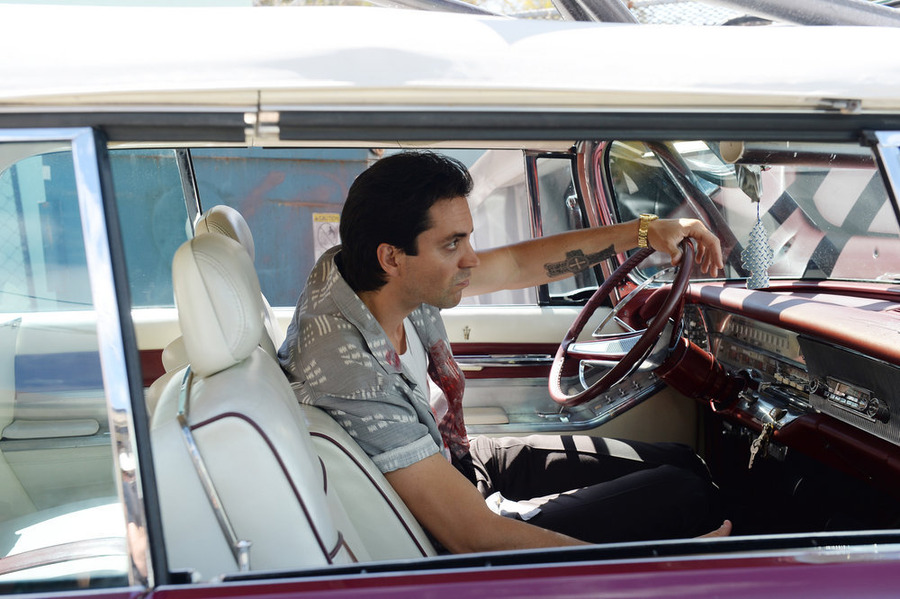