That ‘70s Show was a way for the 90s to get nostalgic about the 70s, but now the tables have turned, and Netflix has greenlit a sequel called That ‘90s Show which will give us a look at, well, the 90s. We know that Kurtwood Smith and Debra Jo Rupp will be coming back as Red and Kitty, but as it turns out, almost everyone from the original series is set to make an appearance in the revival.

Entertainment Weekly reports that Topher Grace, Laura Prepon, Ashton Kutcher, Mila Kunis, and Wilmer Valderrama will be coming back for That ‘90s Show. We don’t have any details about their appearances in the show, but fans are guessing that their guest appearances will be sprinkled throughout the season. It would be great to actually have all of them appear together in the same episode, but we could be asking for too much.

One cast member who won’t be coming back is Danny Masterson (Hyde) who has recently made headlines with multiple sexual assault allegations made against him. Since a lot of people did like Hyde as a character, I’m expecting some kind of throwaway line to made as to update the audience on Hyde’s fate.

Let’s also not forget, the series will be focusing on a whole new batch of ‘90s kids this time. We don’t have a look at them yet, but Netflix has released an image of grandparents Red and Kitty: 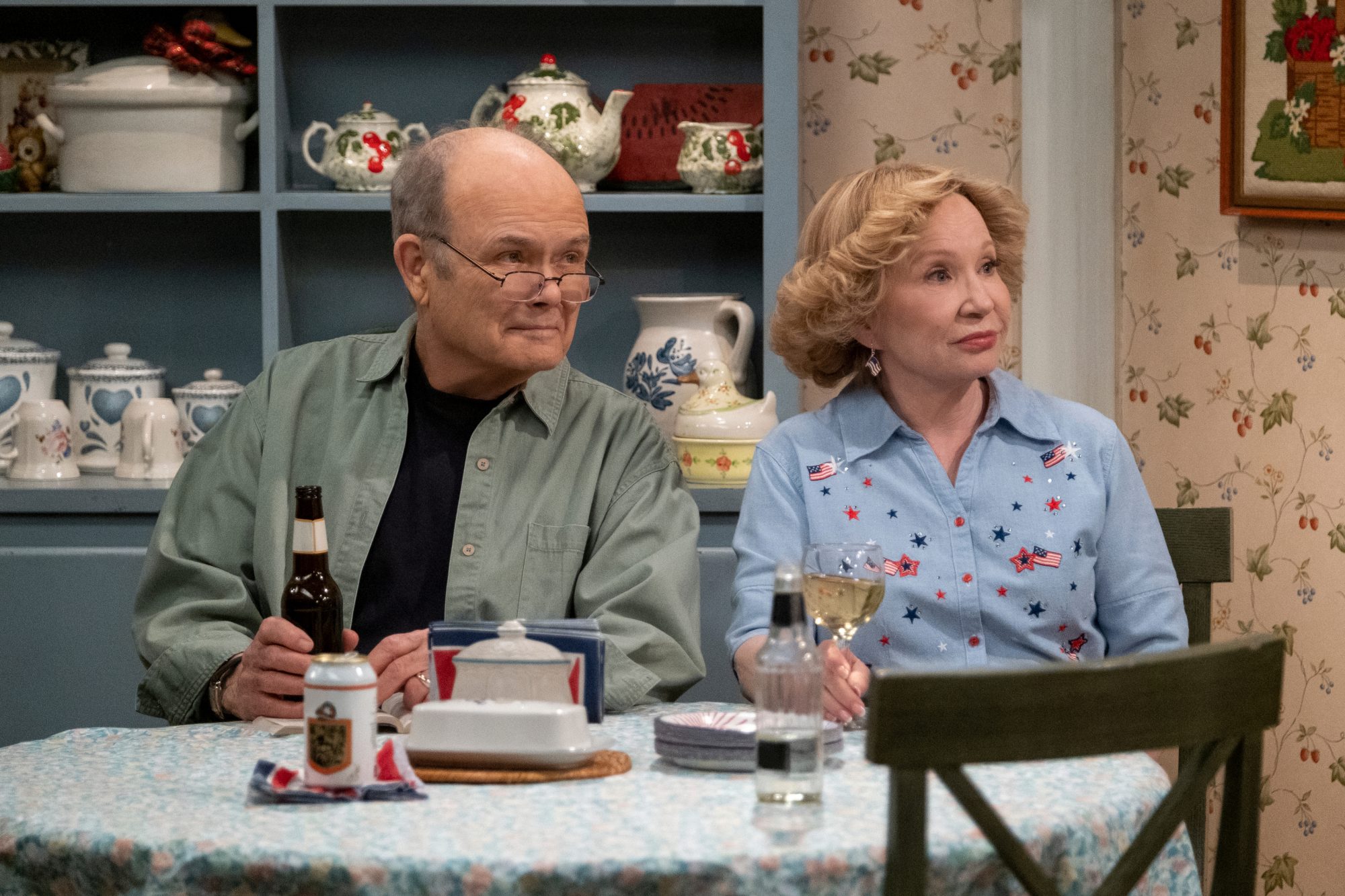 Hopefully we don’t have to wait too long for a trailer. Catch That ‘90s Show when its 10-episode first season premieres on Netflix sometime this year.

Hello Wisconsin!: The Formans are Back in First Teaser for That ‘90s Show